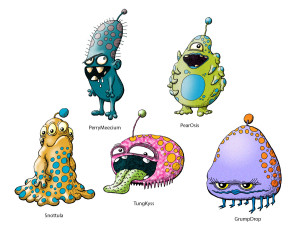 Germs Are Everywhere: 5 Easy Steps to Protect Yourself
SHARE

Think about how many of those items you touch in a single day. Now consider one of them – say a gas pump — and imagine: How many other people have touched that same gas pump in the past eight hours?

Thankfully, there are some easy steps you can take to protect yourself:

So why exactly is it important to protect yourself against the flu?

First, keep in mind that the flu is not simply a “bad cold” or anything related to the stomach. It’s something altogether different — and far more serious.

Need proof? Here are some staggering numbers, compliments of the Centers for Disease Control and Prevention and www.flu.gov:

In summary: You can get the flu from touching something as common as an elevator button, an escalator handle or the door heading into work.

And that simple touch of a button, handle or door can give you something so serious, it can kill you.

Protect yourself and those you love: Get the flu vaccine today.

The Booster Bulletin: Your Weekly Dose of Immunization News

The Booster Bulletin: Your Weekly Dose of Immunization News