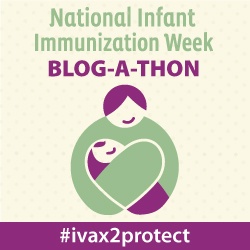 A Perspective on Polio: Then and Now
By Mike Holmes
SHARE

In the United States in the 1940’s through the 1950’s, polio was widespread, crippling over 35,000 people each year. The outbreak caused great panic, leaving parents fearful to let their kids play outside, reducing travel and commerce in high infected areas. In towns where polio cases were diagnosed, public health officials imposed quarantines in an effort to reduce the spread of the contagious disease.

According to the CDC, Polio, or poliomyelitis, is a crippling and potentially deadly infectious disease. It is caused by the poliovirus. The virus spreads from person to person and can invade an infected person’s brain and spinal cord, causing paralysis (can’t move parts of the body).

Reno resident, Mike Holmes, shares the impact contracting polio had on his father, and his family:

As a kid growing up, I did not understand why my father could not participate in activities or play sports like the fathers of my friends.  One of his legs was thinner than the other and he walked with a slight limp, but not enough for most people to notice or question what caused his gait to be different.

I believe it was when I turned 10 or 11 years old I asked about why he needed a big rubber band to hold his slipper on his foot at home. He then told me his story about how as a kid he and his brother had contracted polio as young children when they were three or four years old.  At that time, the cure for polio had not been discovered and it forced both boys into wheelchairs. Later as my father and his brother grew older, they transitioned from their wheelchairs after being fitted with braces that they would continue to wear until high school age.  Neither were able to play sports or be athletic as most kids growing up and were physically disqualified from serving in the military during World War II.

My father and his brother were some of the lucky ones affected by this disease. They knew others that it affected much worse, and in some cases, caused death. Both my father and uncle only had the calf muscle in one leg “die” and become non-functioning. So without a functioning calf muscle, that was the reason he could not wear a slip-on shoe or slipper without a rubber band to hold it on his foot. He could not run, jump or walk very far as a result. He never complained and considered himself lucky he was not disabled in a more limiting manner.

He explained that the cure for polio had been discovered too late to help their family avoid the impacts of this dreadful disease, but he emphasized the acceptance and use of vaccinations of all kinds as a way to avoid all life altering types of illnesses, especially those that society could do something to eradicate.

Thanks to the polio vaccine, dedicated health care professionals, and parents who vaccinate their children on schedule, polio has been eliminated in this country for more than 30 years.

It is crucial to maintain the success rate of U.S. vaccination efforts since the disease still exists in some parts of the world. People most at risk are those who never had a polio vaccine, those who haven't received all the recommended vaccine doses, and those traveling to areas that could put them at risk for getting polio. 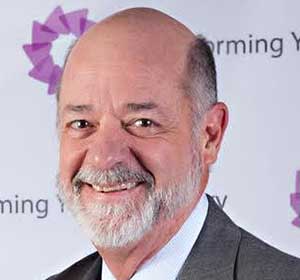 Mike Holmes is a professor at Truckee Meadows Community College and teaches Architecture and Construction Management.  He is an avid outdoorsman that enjoys hiking, camping, snow skiing, scuba diving, and distance running. He has completed over 30 distance races including multiple Boston Marathons and the prestigious Western States 100 Mile Endurance Run.  He is a multiple gallon blood donor and is married to former Washoe County District Attorney and current Reno Municipal Court Judge Dorothy Nash Holmes.