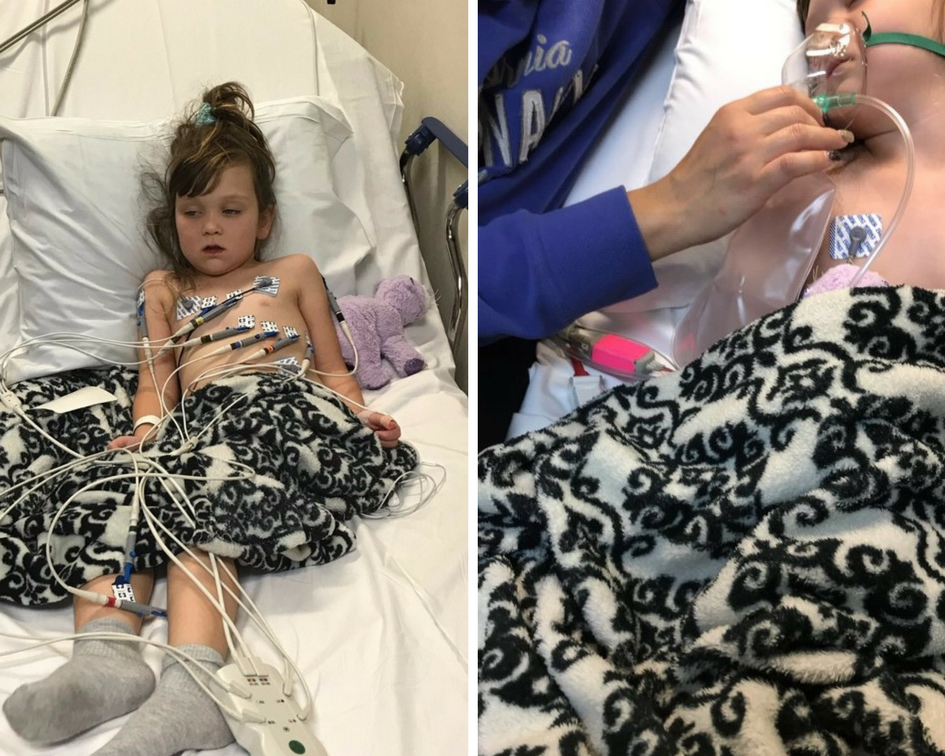 An Open Letter to Busy Parents: Here’s a Reason to Make Time for Flu Shots
By Mikalee Byerman
SHARE

The words “just the flu” need to be eradicated from our lexicon.

Because this? This is the flu.

There’s no “just” about this. It was terrifying. It was the most helpless I’ve ever felt as a mommy. And it was potentially deadly.

My baby, 4 years old and so very tiny, is the real face of the flu.

I rushed her to the emergency room one midnight a few weeks ago because she was suddenly having trouble breathing. She had been home sick from school with a fever all day, and I even took her to her doctor earlier that afternoon fearing it might be the flu. But he didn’t even test her, because, as he assured me, “I haven’t seen any flu yet this year.” What he did see were signs of an ear infection, so he sent us home with antibiotics.

But just eight hours later saw the onset of spasms that rocked her whole body as she struggled for air. I’ll never forget the empty look of lethargy behind her eyes, contrasting against the sheer effort it took to inhale breath. She was so sick, and I knew we couldn’t wait until morning. By the time we got to the ER, she was hypoxic. The definition of hypoxia: "When your body doesn't have enough oxygen; this is a dangerous condition. Without oxygen, your brain, liver, and other organs can be damaged just minutes after symptoms begin."

It was there we were tested and learned that this was all due to the flu.

All told, I easily could have lost my baby if I had waited a few more minutes to rush her to the ER. And in terms of the far less important (but very real) financial impact, I just received a bill for $11,427 in the mail.

All because I was "too busy" to get our flu shots just yet — because I was sure I still had ample time. I was "too busy" juggling all the stuff of single mommyhood — kids' crazy schedules, career, marketing my book, setting up speaking engagements, planning a surprise vacation for my family, taking care of all the day-to-day stuff — all things that seem so trivial now, that I completely overlooked something that could have prevented all this pain and suffering. Luckily, there should be no long-term medical issues though, and again, I couldn't be more grateful for that.

But yeah, because I'm a single mom, this hospital visit will have long-term financial ramifications. And it was likely preventable. If only.

So in the aftermath of this life-changing event, I have new perspective and a few takeaways about the flu:

1. We need to stop calling everything that is not the flu "the flu." As a culture, I feel like we've become desensitized to the seriousness of the flu, because we say we have the "stomach flu" when we spend a few days throwing up. But hey, here’s a fun fact: There's NO SUCH THING AS STOMACH FLU — influenza is a respiratory illness, whereas when people throw up a lot, that's a gastrointestinal illness. So please, call a stomach bug just that — a stomach bug or stomach virus. It’s not the flu.

2. If you’ve ever had the flu, you KNOW YOU’VE HAD THE FLU. I hear people sometimes say something like “I think I might have a touch of the flu,” or “I think I had the flu a few days ago, but I’m good now.” Nope. Doesn’t happen. The flu is like death, but with the unfortunate complication of still being alive. I can say this because, of course, since I hadn’t scheduled a flu shot for my kids, I also had skipped my own — which means I too came down with the flu, while in the hospital holding a bedside vigil for my toddler. I spent two days sitting next to my sick daughter, not being able to sleep except on a hard-as-nails fold-out torture device called a “hospital cot,” while suffering from the flu myself. Fever, chills, never-ending achiness all over my body, a throat that felt like fire — It. Was. AWESOME.

And I’ll never forget the pain, the sleeplessness due to the pain or the mere longevity of it (I started Tamiflu right away, which typically shaves a day or two off of symptoms — but I was still sick for eight solid days). There’s no guesswork about the flu — you have it, or you don’t, and if you do, you KNOW.

3. Let’s say you could get a quick and painless vaccine to prevent all this. Spoiler alert: You CAN! The vaccine isn’t perfect, but it increases your likelihood of not contracting the three or four predicted strains for a given season. And as a mommy who just watched her tiny toddler suffer for days in the hospital and then be quarantined for many more in our home, I can say this: If I could increase her likelihood of NOT getting the flu by pretty much any percentage in exchange for a shot, I would take it. And according to the CDC: “While vaccine effectiveness can vary, recent studies show that flu vaccination reduces the risk of flu illness by between 40 percent and 60 percent among the overall population during seasons when most circulating flu viruses are well-matched to the flu vaccine.” Forty to 60 percent? Yeah, I’ll take it.

4. The flu shot does not give you the flu. Just stop saying that. If you happen to get the flu right after getting the shot, that’s quite the unfortunate coincidence, but keep this in mind: It takes only one to four days for symptoms to appear after you contract the flu, and it takes up to two weeks for the body to build antibodies. So if you get the flu within these windows, chances are you already had the flu and/or your body wasn’t fully protected yet. It is NOT because you got the shot. That’s simply not possible. Some people do experience relatively minor symptoms immediately following the flu shot, but that is a) not the flu and b) likely just your body’s immune system reacting to the vaccine as it should, and symptoms subside rather quickly.

So if you’re a busy parent, this blog is for you. Or if you think that a flu shot doesn't work, or isn't "worth it," or that your child will get over it because it’s “just the flu,” I hope you keep this baby in mind.

Because take it from me: I would have done anything to prevent our 10 days of hell. I’m pretty sure you would do the same for your kids, if given the chance. And you have the chance.

During the second week of November (6-11), CDC is hosting a blog-a-thon focused on the importance of the flu vaccine. Immunize Nevada is proud to be participating in this important digital event. 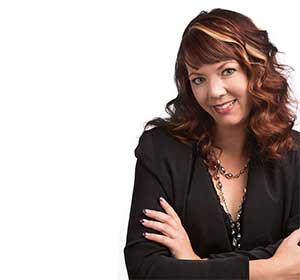 Mikalee Byerman is VP of Strategy for the Estipona Group, one of Immunize Nevada’s communication partners. She is also a freelance writer and mom to three kids, all of whom have now received their flu shots — and will every year moving forward, on or before Oct. 1.