Getting a flu vaccine is never too late, even this far in the season.
By Immunize Nevada
SHARE

February is here and the peak of winter seems to be coming to its end- unfortunately not the same can be said for the 2019-2020 flu season. Nevada has recently been placed within the categories of high and moderate on the CDC’s Influenza Like Illness map which compares flu-like activity of all 50 states.

Trends tend to show that flu season peaks during the winter months, but the flu virus can be erratic, at times peaking past the winter months. Flu season is steadily moving along in Nevada and it serves as a reminder that it’s never too late to vaccinate. The flu can be dangerous, deadly even. Those at highest risk are our senior citizen populations and those who are under five years of age. Meaning it’s never too late to vaccinate against the flu.

Below are two testimonials from parents who have made it through this flu season with tales of caution, encouraging community members to get vaccinated today.

Super Mom Fights the Flu
We were getting ready for a fun weekend of birthday parties, cousin sleepovers, and wild west festivals when I got a text...Sarah's party is cancelled. She's really sick. I texted back and forth with Sarah's Mom. Is it a bad cold? I don't know. Her fever is really high. I'm taking her back to the doctor tomorrow.

My daughter seemed to be fine. But Sarah and Winter are best buds at daycare. Whatever Sarah had, if it's contagious, Winter will have. But she seemed fine so we dove headfirst into the weekend and had a great time with bonfires, sleepovers, and western days. However, on Saturday afternoon, Winter started coughing.

Checking in on Sarah again, Mom confirmed it was the Flu, Strain B. I had a sinking feeling as I realized that I never got Winter's Flu shot this year. In my defense, she had a bad case of Hand Foot and Mouth, and a few bad colds. There legitimately hadn't been a chance to get the shot since the fall season hit. Sarah's mom also shared that Flu B is usually more respiratory and Sarah's started with a bad cough that spiked to a high fever the next day.

Sure enough, Sunday night, Winter had a low fever at bedtime that spiked to 103 overnight. I called mobile urgent care and they confirmed Monday morning that she had Flu B. Tamiflu was prescribed. Over the next three days my little girl was miserable. Finally the Tamiflu kicked in, but she was home for the entire week getting better. Doing my best to keep her comfortable, feeling helpless as she cried, watching as the playfulness was gone and my sick little girl lost color and weight as she fought off the Flu. It occurred to me- “thank god I got my flu shot.” Being a working Mom is never easy. When your kiddo is sick, it's even harder. If I was as sick as her I don't know what we would have done.

During this whole experience I was thankful. Thankful my friend helped me recognize the first symptoms. Thankful we were able to get Tamiflu in the first 48 hours. Most of all, so very thankful I got my flu shot so that I was healthy enough to go into supermom mode and help my little girl get better.

“We’ve been to the hospital enough times to know what that helpless feeling is like…”
When my son was five months old he got RSV. He had been in at an in-home day care with a small number of other kids since he was seven weeks old, so he had previously not gotten sick. We took him to the doctor after a couple of days and she said, “looks like a virus let it run its course if he isn't better in 3-5 days bring him in.”

Two days later he was coughing a lot, and not eating at all. We went back to the doctor and they took his oxygen which was in the low 80's. We were rushed to get admitted to the pediatric intensive care unit. There they determined he had RSV and he was on oxygen assistance for the next five days.

He fully recovered and we headed home for a tough spring. He got sick every six weeks that spring, got his first two doses of prednisone, and got his own nebulizer. When he was two, he was diagnosed with asthma and all of this, doctors felt, could be tied directly to him having lung damage from RSV at five months of age. Since, then it has been a balance of letting him be a kid but managing each cold, taking preventative medications daily, and ALWAYS getting a Flu shot.

Every winter, like clockwork, he has ended up in the hospital but luckily not for the Flu. This year we moved to a new city. As soon as the cold weather hit, so did my son's colds.  He had two in a row, plus an ear infection. Then one Monday morning he woke up with a high fever, I was puzzled as he was still on antibiotics from the ear infection but, nothing else seemed wrong. We headed back to the pediatrician. They diagnosed him with Influenza B. They prescribed Tamiflu and suggested calling his asthma doctors. I called his current and previous doctors and they wanted him on albuterol, in addition to the Tamiflu, and antibiotics.

We did as everyone suggested and the next day his fever broke. He still complained of chills and body aches but, no fever. Additionally, his cough was kept to a minimum. It would go up and down and there were a few coughing long-lasting coughing fits. His oxygen levels never dipped and he got better by Thursday. I had been having nightmares about my kiddo getting the Flu since the first time he got diagnosed with RSV, because we’ve been to the hospital enough times to know what that helpless feeling is like. But, this time he didn't need it and because of the vaccine, and Tamiflu he bounced right back!

Thank you to these super parents for sharing their stories and highlighting the importance of receiving a flu vaccine. We encourage everyone above six months of age to get vaccinated against the flu. It’s never too late and a flu vaccine is the best way to start off a healthy, flu free 2020! 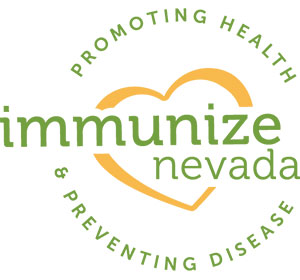