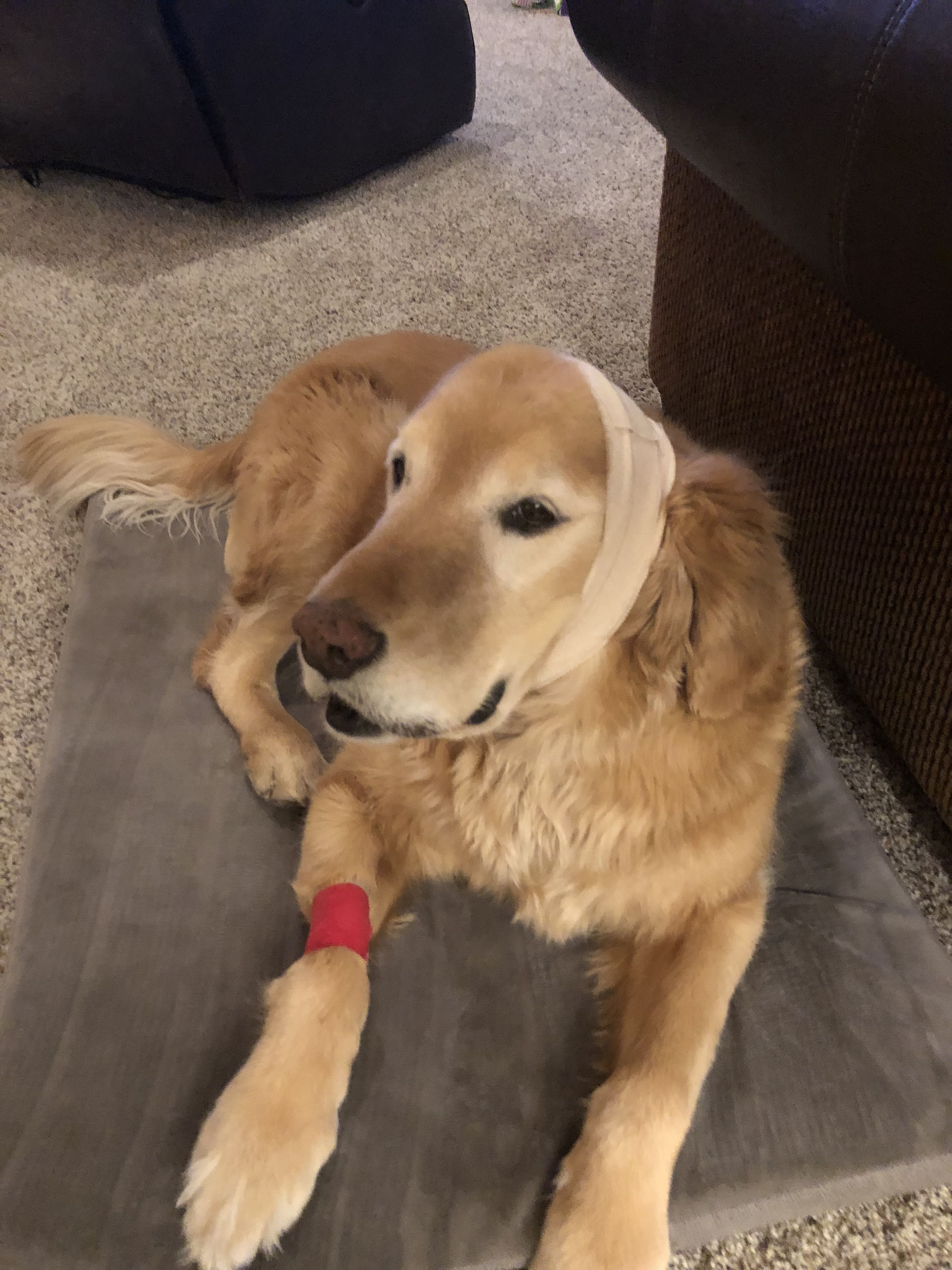 Four-legged Friends Can Get The Flu Too!
By Immunize Nevada
SHARE

We aren’t crying wolf- the flu is a serious matter. From the millions who come down with the flu each year (an estimated 25 million in 2016) to the hundreds of thousands that are hospitalized each year (310,000 in 2016 alone), it’s important to do our part to protect the ones we love from this preventable illness. That’s why it is recommended that everyone 6 months and older receive their seasonal flu shot every year.

This flu season has been a rough one so far. And it appears to be just as “ruff” for dogs! View the dog flu outbreak map.

Yes, it’s true! Dogs can get the flu! So can birds, pigs, cats, horses, ferrets, and whales. Like this flu season has been severe for humans, reports show dog flu – also known as canine influenza (CIV) - is on the rise, too. Across the country, and here in Nevada, there’s been a recent uptick in CIV cases. And at Immunize Nevada, we have seen dog flu first hand.

Meet Cooper! He is a nine-year-old Golden Retriever who makes the occasional guest appearance at the northern Nevada Immunize Nevada office. Cooper’s mom is our Events Director, Emily, and according to her, the adorable Cooper appears to have contracted the flu after visiting the vet for an unrelated issue.

“We believe he was exposed when we took him in a few days ago to get a hematoma in his ear fixed. It looks like we caught it early and he's only showing signs of a mild cough. The vet said he could have even contracted the flu from the parking lot, not just from being inside. It's everywhere.”

Emily’s advice to dog moms and dads? “Get your dog vaccinated and keep them away from other dogs, if possible!”

If your dog attends doggie daycare or is frequently around other dogs like at dog parks, it is recommended they get a flu shot. According to a study by the University of Wisconsin, infected dogs can spread the disease for over 24 days - through direct dog-to-dog contact like dog kisses, or indirect contact like shared water bowls, toys, leashes or handling of sick pets. Dog owners are encouraged to keep an eye out for symptoms, including coughing, sneezing, loss of appetite, and lethargy. If your dog exhibits symptoms, keep them isolated from other dogs and contact your vet right away.

It’s important to note that humans cannot get the flu from dogs. Though both human H3N2 and canine H3N2 strains are prevalent, there is little evidence to suggest that you can get sick from your furry family member. However, it is known that dogs, as well as cats, can contract the flu from humans. If you have the flu, experts recommend you distance yourself from your pets. Just another reason to get your seasonal flu shot!

All of us at Immunize Nevada wish Cooper a very speedy recovery!

The Booster Bulletin: Your Dose of Immunization News