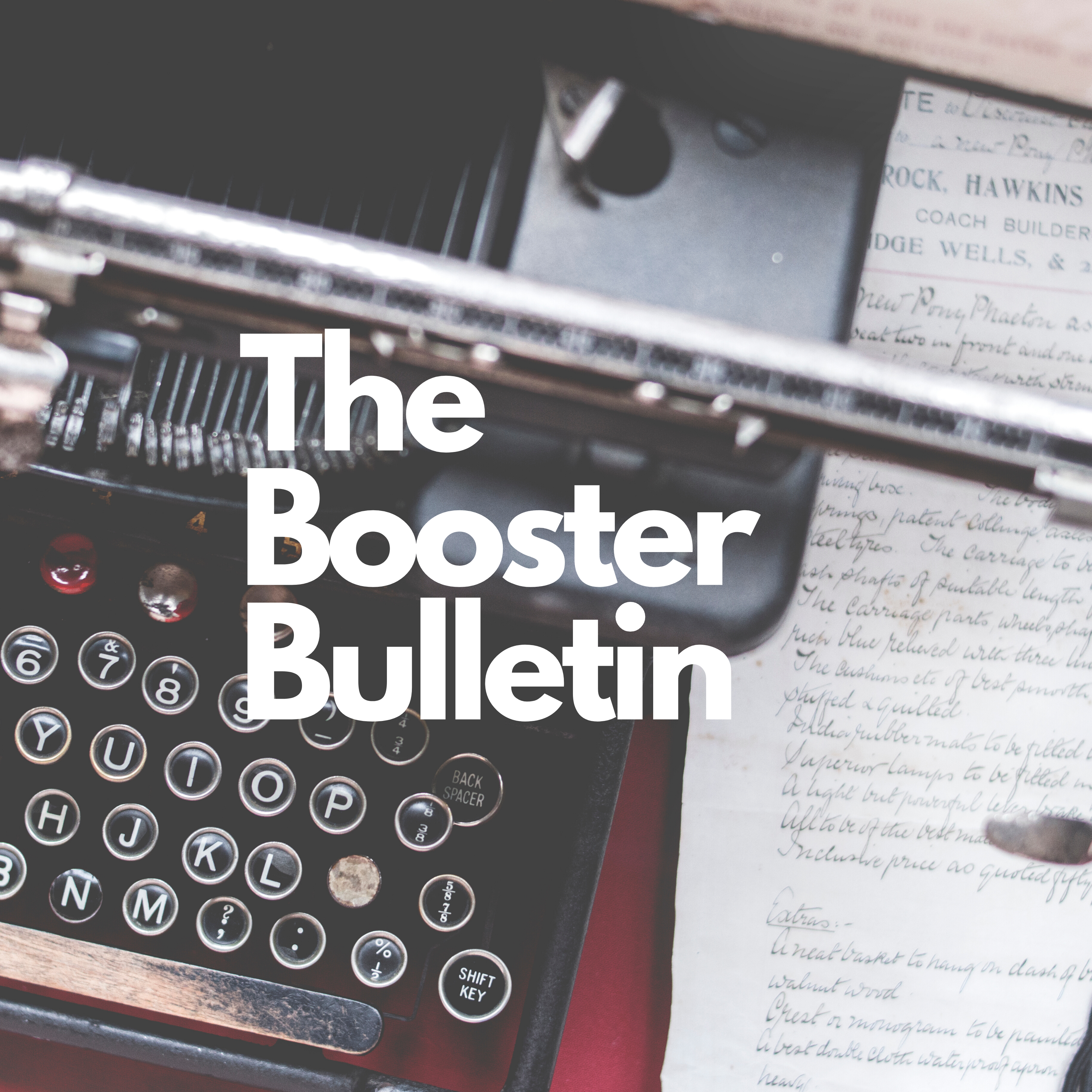 The Booster Bulletin: Your Weekly Dose of Immunization News
SHARE

Wondering how to stay informed in our 24 hour news cycle without getting overwhelmed? Looking for the latest in immunization news, but not sure where to find it? Want to be engaged but don’t have a lot of time? We have a solution!

Each week we’ll review and curate clips from across the U.S.; representing various news outlets and platforms, and bring you ten timely and relevant links - on a variety of immunization-related topics. Pour yourself a cup of tea or coffee, and check out this week’s picks.

“I Got Myself Vaccinated” Voices for Vaccines (March 3, 2020) – “I am part of a family of five, and neither me nor my siblings received any childhood or adolescent vaccines. My mom is somewhat of a unique anti-vaxxer, in the sense that she believes that the use of vaccinations means we are being too human-centered and are harming other species on the planet as a result… The fall when I was thirteen, a vaccine-preventable disease took over our house: Whooping cough, or pertussis… I slept sitting up for nearly two months because when I would try to lie down, I would cough and choke and gag on the air I was trying to breathe and the mucus inside my lungs. I can’t say for sure how long I coughed for, but it was at least six months. Since then, every time I would get a cold I would also get a bad cough, and I can still feel its impact on my breath control every time I sing.”

“#DoctorsSpeakUp Trends on Twitter as Anti-Vaccine Movement Hijacks Hashtag Intended to Combat Misinformation” Newsweek (March 5, 2020) – “…Dr. Zubin Damania, who creates online content under the name ZDoggMD, started the #DoctorsSpeakUp movement to speak out against anti-vaxxers who share misinformation online. The movement was inspired by the backlash and death threats that Dr. Nicole Baldwin received after her TikTok video about vaccines went viral…Speaking to Newsweek, Dr. Damania said of the hijacking: ‘It's an act of desperation on their [anti-vaccine movement's] part because they've never seen physicians and healthcare professionals so united. It works to our advantage because it makes it easier to identify and block anti-vaccine cult members on Twitter and other social media channels, effectively reducing their reach.’”

“The Vaccine Debate: Science on One Side, Emotion on the Other” Governing.com (March 4, 2020) – “Last week, the Colorado Senate passed a bill that would make it more difficult for parents to opt out of vaccinating their children. On Monday, hundreds of demonstrators showed up in hopes of blocking the bill’s passage in the state House. It’s a scene that has been replayed recently in capitals across the country…Still, doctors such as Offit who are prominent pro-vaccine spokesmen have received enough serious death threats to receive police protection at times. And vaccine skeptics are known to be highly vocal on social media. ‘They are generally the most aggressive, hostile, rudest and threatening group of people I have ever experienced as a legislator,’ Bob Duff, majority leader of the Connecticut Senate, told the New Haven Register Citizen after needing a security escort to leave a forum on the issue last month.”

“A tone-deaf protest by anti-vaxxers” Newsday (March 4, 2020) – “If the last several weeks have taught us anything, the lesson should be about the importance of research, science, and medical professionals. So it was particularly jarring to note the juxtaposition of the growing concern over the coronavirus and the need for treatment and vaccination for that deadly disease, with the raucous anti-vaccination protests that took over much of Albany on Tuesday…Sometimes the loudest voices can drown out those we really need to hear. It's time to listen to the science.”

“Senate leaders: Whose 'dark money' is funding anti-vaxxers?” CT Post (March 5, 2020) – “Democratic leaders of the state Senate on Thursday charged that two groups lobbying against proposed requirements on childhood vaccinations are using ‘dark money’ while refusing to follow state transparency rules by not registering with state ethics officials…The groups have attracted thousands of supporters to the Capitol this session, have social media sites and websites, have rented roadside billboard ads and have created stickers and posters.”

“Mom Talks About Her Son’s Chickenpox and How Others Can Protect Their Children” Shot of Prevention (March 3, 2020) – “Kerri’s 1 year-old son Rory got the chickenpox this past year. While his well-baby visit (including his first dose of vaccine) were already scheduled, the chickenpox arrived first. Rory had over 400 lesions all over his body putting him in terrible pain and at risk for other infections.”

“The Coronavirus Is No 1918 Pandemic” The Atlantic (March 3, 2020) – “We have just commemorated the centenary of the Great Flu Pandemic of 1918, which lasted only a few months but claimed 50 million to 100 million lives worldwide, including 675,000 in the United States. That pandemic remains a benchmark, and many commentators have rushed to compare it to the current coronavirus outbreak. What’s most striking about these comparisons, though, is not the similarities between the two episodes, but the distance that medicine has traveled in the intervening century. Whatever happens next, it won’t be a second 1918.”

Want this to arrive in your email in the future? Click the orange icon above next to "SUBSCRIBE TO OUR BLOG" and receive all our blog posts in your inbox.
*Links included do not imply endorsement.